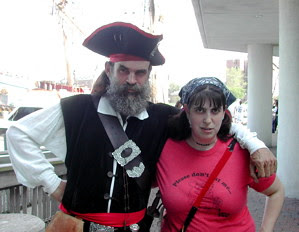 Yeserday we travel to the exotic land of Hampton, Va. to attend the Blackbeard festival. All week Philip was talking about the pirate festival so he was definately the most excited to attend. As we drove into town we were immediately greated by a large pirate ship with a handpainted pirate flag. We went grabbed some ethiopian food at Bahir Dar before walking around the festival so we would have lots of energy. While we were sitting in the restaurant we watched tons of people in pirate costumes walk by which further built out excitement. After a huge meal of veggie messob we were ready to hit the streets.

It was obvious from the begining that this was no Strawberry festival. For one thing, the pirate festival was much smaller than the overcrowded Strawberry festival which made it easy to move around without touching people and really get to see everything. Another thing, the Blackbeard festival was actually about pirates and settlers and for the most part the vendors stayed in them. Even the boats parked in the marine decorated for the festival. 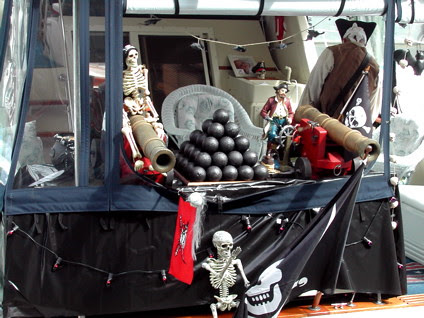 There was a dunking booth were you could "drench a wench" who was actually a girl in an American flag bikini (they did stray from the theme a bit). 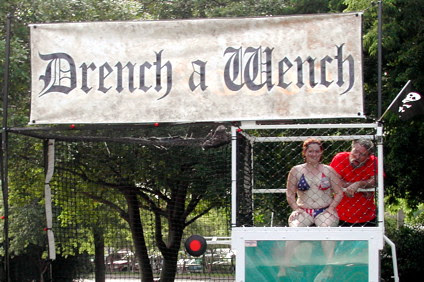 Next week is harborfest in Norfolk, there will be pirates!
at 5:44 PM

the pirate festival pics arrrrr great! i'm totally envious that you ate at the ethiopian restaurant again!! love you , sally