Tonight I went bowling with Sarah and Erik. When trying to decide if Southland or Eastland Lanes were closer, it occurred to us that there was another bowling alley that is almost always forgotten. Joyland Bowl & Park is an alley on the north side of town past the interstate. We would always try to go there for there cosmic bowling night in high school, but no matter how early we arrived, all of the lanes were booked. Well, tonight was a totally different story. The place was almost empty, no more than 6 lanes were in use. They still had the glow lights and the disco balls, but my guess is that the ever growing suburban community is looking for a more homogeneous bowling experience. It is really sad since Joyland is part of our community's history and I am willing to bet that most Lexington residents don't even know what was once there.

The Joyland Bowl & Park was built in the former site of the Joyland Park, an amusement park that opened its doors on May 30, 1923. 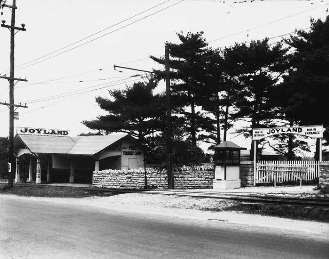 There were other rides such as a carousel and the Pretzel which was described as "that funny mysterious dark ride." I can only wonder what went on behind those doors. 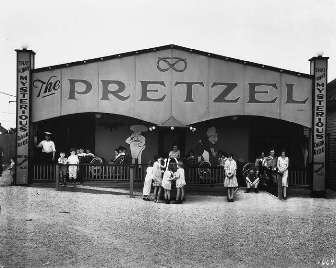 There was also a scenic train tour around the park. 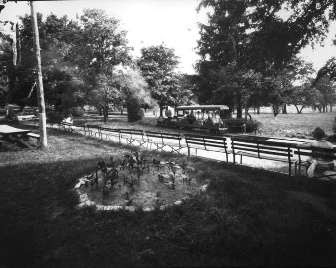 In the 1930's and 1940's its open aired dance hall played host to some big names such as Duke Ellington, Benny Goodman and Cab Calloway, it was quite the place to take a date. 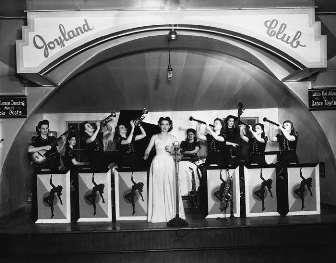 Joyland Park closed in 1964. In the place where this area's great amusement park once stood there is now a school and an empty bowling alley. Now you know.
at 12:05 AM

i am SO damn jealous!

wow- this is a really interesting and informative post- Isn't it amazing what used to be in our own back yards? I often look at where I live and wondder wonder wonder what it must have been like 50-100 yesr ago.

Thanks for sharing such interesting information about the bowling alley/night club!

Wouldn't it be nice if there were still places like this?

Hi:
My husband's grandfather and uncle owned Joyland Park. We have been searching for relatives who are still living. Please send any info to dena@elltel.net

I love your pictures of the old Joyland Park. My Dad used to take me there in the summer, in his white convertable. I am looking for some of the pictures of the inside of the park, especially that big silver rocket that I was too little to ride.

I've been looking for pictures of Joyland. Went there a lot as a kid and took swimming lessons in the pool there two summers in a row...memories...

I have the old cabinets that used to be the bar? That the liquor store accrossed the Street bout?

I live in joy land neiborhood and while digging up a tree stump I found a tram wheel from the rollercoaster Wildcat!

i have the clown from the park, don't remember where he was placed, wish i had some pictures of him there.....he is for sale

The school is haunted by the spirit of a young girl who supposedly was killed and buried at the park. Does anyone know anything about when this may have happened?