Last night I attended the second preliminary round of the 96X air guitar championship. I went to the first preliminary last week because one of my co-workers, stage name CroBar, was competing. 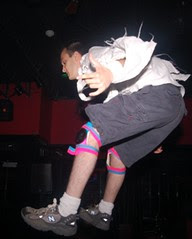 CroBar has competed in a few larger air guitar competitions, but he has never competed locally so this was his chance to show off his mad air guitar skills for his friends. Last week he made it into the top three of the evening which means he will be competing in the finals on June 28. They also asked him to perform again this week and since I had so much fun last time I decided to go along. The show was great, even better than the previous week since people had practiced their routine this time. CroBar was also better than last week. 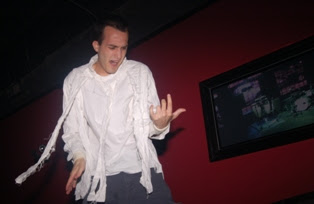 The most surprising part of the evening was when, spur of the moment, one of the girls in our group decided to go up and perform. She did an amazing job. I think CroBar might have some competition in the finals. I can't wait to hear how it comes out.
at 7:39 AM

I can't get over how amazing the pictures came out this week. Thanks again--and thanks also for the free publicity. :-)

Enjoy the rest of your time in Norfolk. Hope to see you back in town soon. :-)